Lightning strike nearby last weekend caused a power surge and destroyed a bunch of stuff at my house and tripped breakers.

One of the victims was my ASUS RT-N16 wireless router.  Overall a fine router, one of the best I've had out of dozens.

I wouldn't have expected the router to be susceptible to this sort of damage.   It runs on a 12V wall wart which I thought would have died first.   However, after the strike, the cable modem no longer thought it had anything connected on the ethernet port, the wireless was off line and none of the devices plugged into the 4 wired ethernet ports saw the network.   Lights on the front were green and quite normally flickering but nobody is home.

Strangely the cable modem in front of it was fine.  The second router plugged in back of it, an old Buffalo DDWRT router that I use as a guest network, was also working fine.  Very weird.

Tried a reset.  Tried connecting a PC through Ethernet and opening the admin page.  Nothing.
I opened it up just for fun and the pictures are worth sharing.

Here is the router 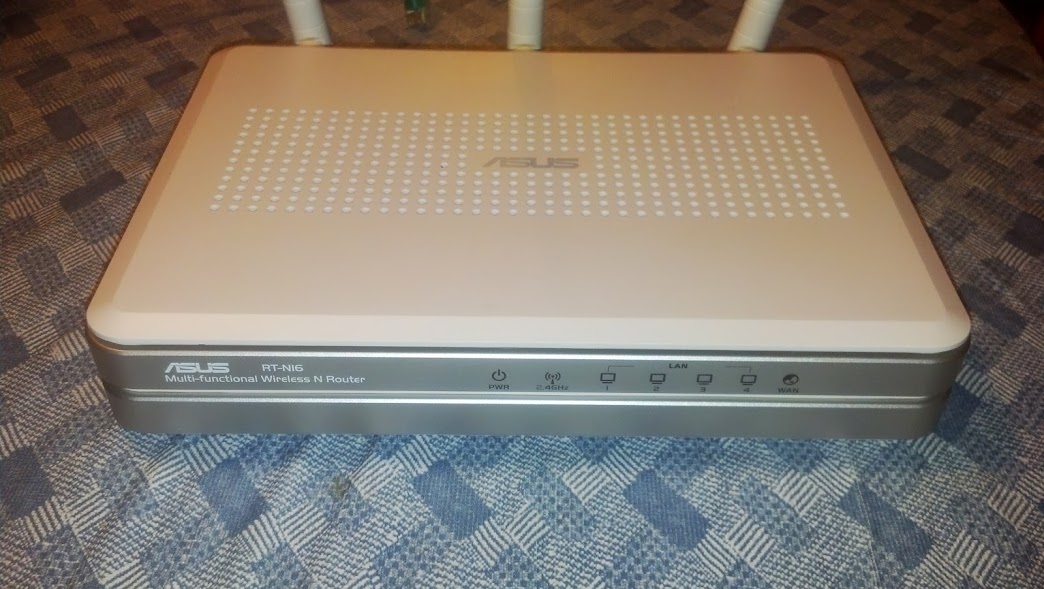 Here is the board inside the router.  Notice anything amiss? 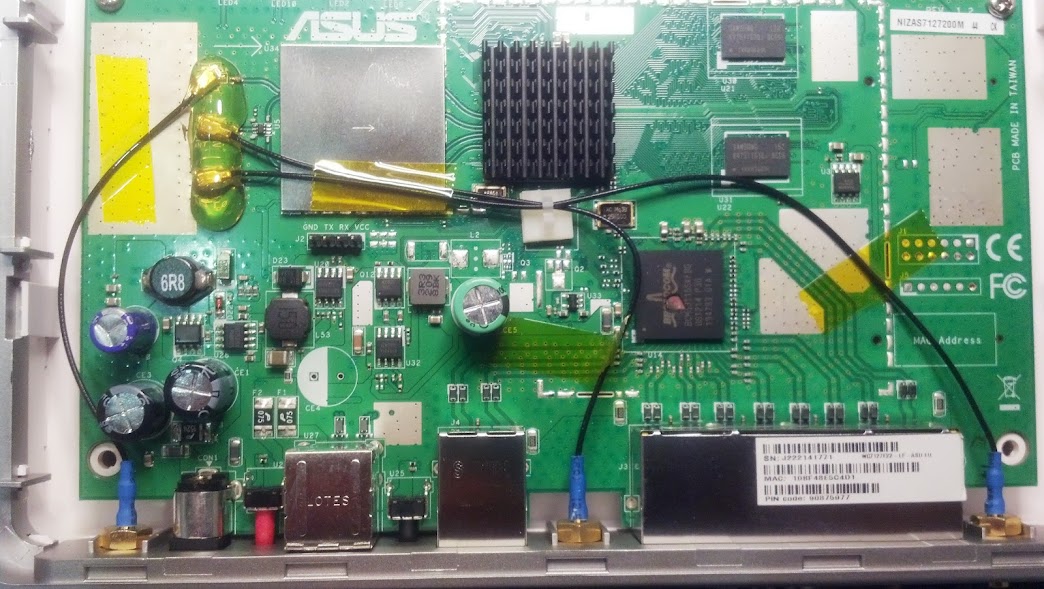 I was expecting to find a bubbly electrolytic cap or a fried diode near the power supply.  Everything there looks OK.

Whoa!   What is this?  This Broadcom IC has a hole blown in the top of it! 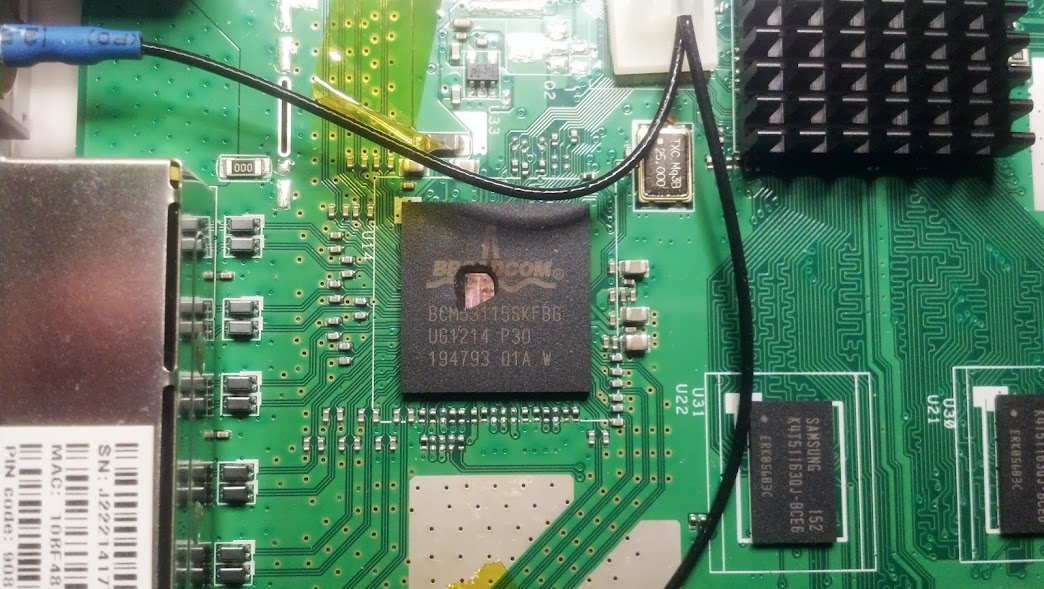 Part number reads Broadcom BCM53115SKFBG
http://octopart.com/datasheet/bcm53115skfbg-broadcom-12294970-11798263
This is a 5 port ethernet switch chip.  So no wonder the ethernet lights on the front blink mindlessly and nothing can connect to any of the ethernet ports.  Strange though, I'd have expected the wireless to still be on line.

Guess there is no saving this router.  Open wallet and order another one just like it.