Installed custom taillights on the 2007 Honda Accord.

Backed into another car that backed up the same time as me.  Ended up with a scuffed bumper and a busted taillight.   Boo!  Wiped off the bumper, i'm gonna live with the scratches.  Need to fix the taillight. 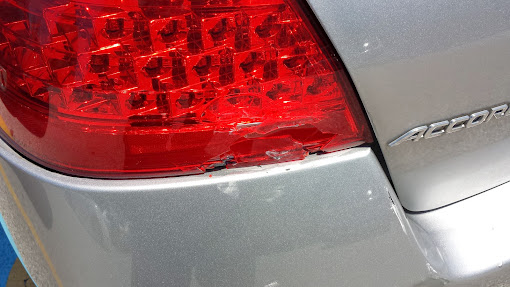 Looked around on the web and found some custom tail lights for not a lot more than an OEM replacement.  Perfect excuse for some low key bling.   I like the look of clear taillights on a silver car.  Smoke ones won't look good on a light colored car.   I never liked the monocrome plain tail lights this car came with anyway.

Bought these.  They don't come with the LEDs, luckily the old ones were still working, only the cover got broken.   I was concerned these were cheaper by $50 than others I found on the web.  They came and they look very nice, the picture doesn't do justice. 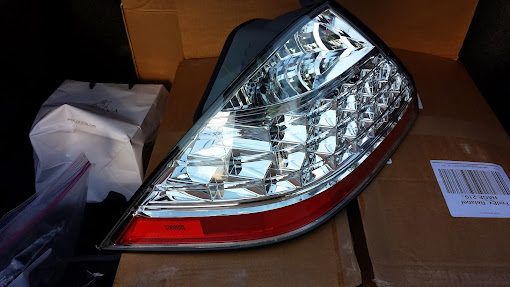 
I did decide after the fact that I need load resistors to slow down the flashing with the LED bulbs. Should have bought bulbs that came with them.


Watched this youtube video, which gave me the confidence to take off the bumper cover.

I won't attempt to go through the procedure, because the video does that just fine. This post is just to document that what I did worked, and was no trouble at all. Anybody could do this. The whole thing took about 2 hours and required screwdrivers and a socket wrench. Some of the screws and bolts are a little tricky to get your tools on, but not too bad as auto repairs go.

The key lesson I learned when the lights came, is that you have to take the bumper cover off to remove the tail lights.  It is probably possible to get them off without doing so, if you reach up into the bumper really far and loosen the bolts.  However taking the bumper cover off is ridiculously easy.   Two bolts, six screws (3 per wheel well) and two pins under the bumper and it just pops off.  Putting it back on is easy, just line it up and pop it back into place.

I transferred the LED light bars from the old lights to the new and didn't need to buy new ones, that saved a lot of money.

The yellow LED turn signal bulbs took some tinkering.  Had to bend the wires out a bit and wiggle them a lot to get them to fit in the socket.  It took two or three tries to get them to light up.   The wires have to be just right, and I think the bulbs only work in one way, and they can be inserted in either polarity.  Keep tinkering and trying and they will work. 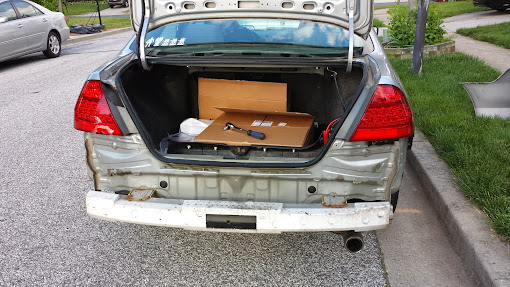 The bumper cover is off.  Easy as pie.  Don't let the wife see the car like this!  She'd freak. 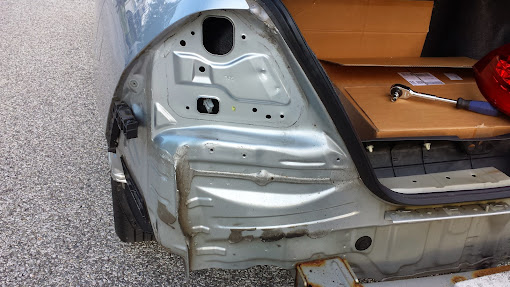 Tail light come off.  Two bolts under the bumper and 4 nuts inside to remove. 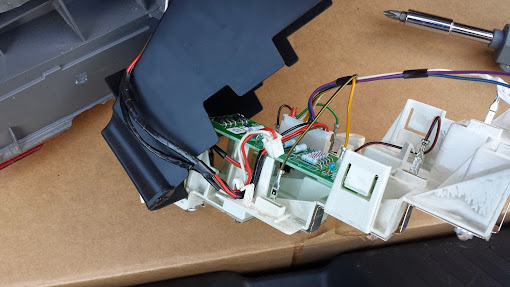 Transferred the LED array.  Four screws and it comes right out.   Had to pop it open and unplug the one marker light lead and plug in the one built into the new taillight assembly. 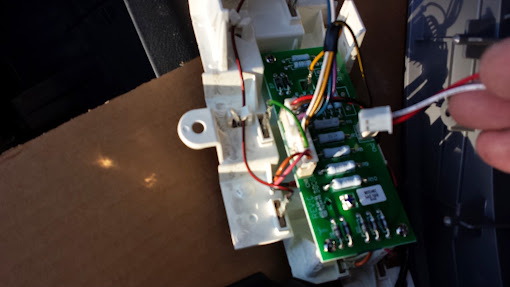 Plugging in the new wire inside the LED cover. 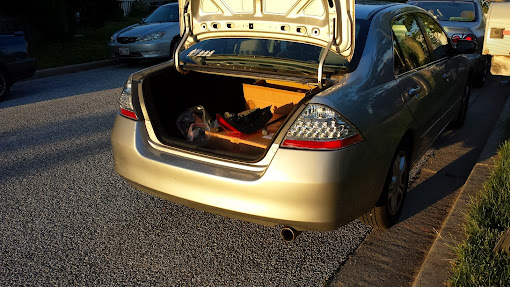 Back together with the bumper cover back on.   Took me just under two hours to do the whole job. 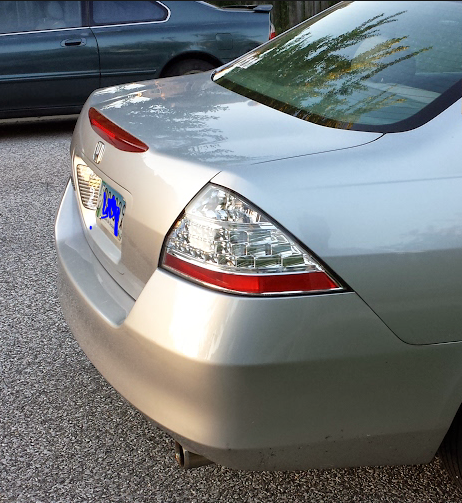 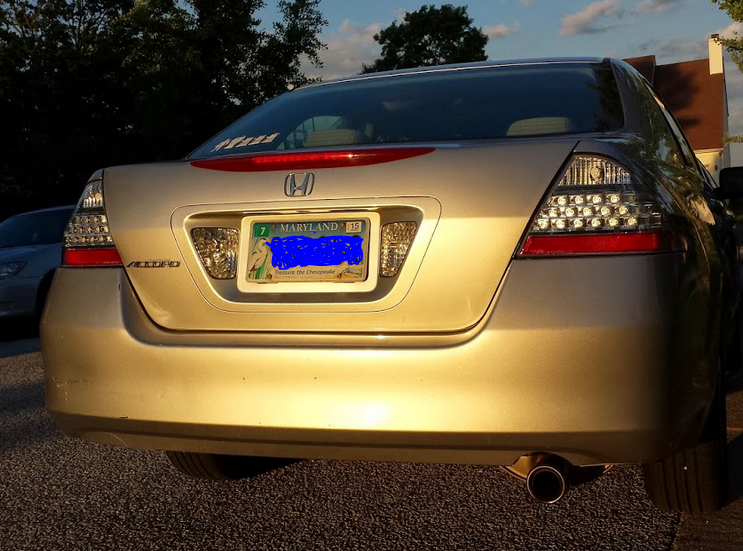 Together and looking good just as the sun was going down.
Posted by siliconfish at 10:12 PM