I'm in the middle of a project to build a flashback speed or red light camera blocker.   The last post covered the background and building of the detection unit.
http://blog.workingsi.com/2012/12/i-was-inspired-by-slightly-misguided.html

I won't repeat all that here.   I'm using an IR flash that will produce an invisible flare on the plate that will wash out the speed camera photo.  My goal is to use the already waterproof sportsman's IR flash below and a homebrew highly sensitive flash detector to fire it.  It needs to be really fast and sensitive to fire the flash in the short exposures that speed camera's use.

Here is the equipment I'm using.  An IR flash for game hunting, a homebrew Arduino based flash detector and a rechargeable battery (looks like a phone in the picture) 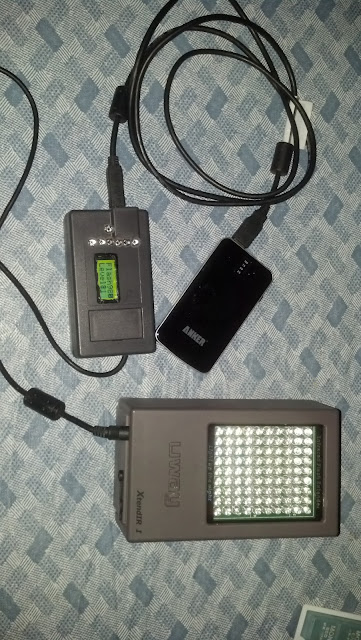 This is my flash detector.  Built using an array of phototransistors and an Arduino micro to measure and filter the response and trigger the flash.  The LCD is just showboating and indicating that a flash was detected and what it's intensity is.  That is what I'm using in the field experiments.

My flash detector with the cover off, 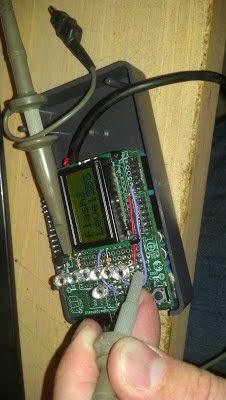 This is the flash I'm using.

Here are the experimental subjects.  All these cameras are within a 15 minute walk from my home.      Now you know why I'm doing this.   My town and county have gone wild on these things.  There are many more within a mile of my home, I just pass these on my daily walking lap.

Almost every camera is different!!  I'm not sure that all of them even have flashes.

This one has a monster flash (on the left) but no obvious radar.  All have a button on top that I have seen also on police cars.  I think it may be a radio antenna.  Or it could be the radar. 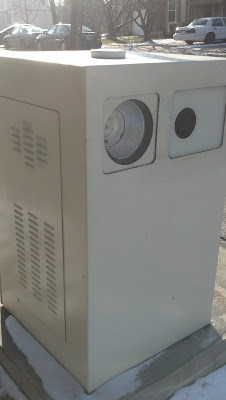 This one confuses me.  No flash and an area on the right of the camera that is translucent.  Is that the radar? 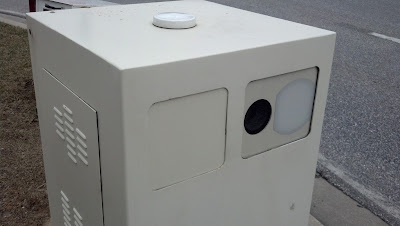 This camera has a big black thing on the left that is either the flash or the radar. 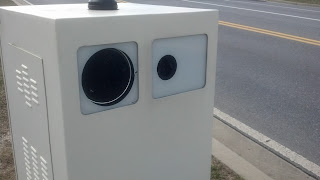 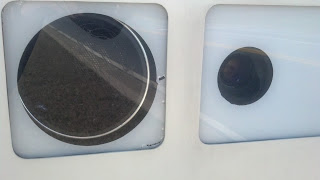 This one is pretty much identical to one of the ones above, no obvious flash.    It is not the same as the one above, you can tell the road in the background has a solid stripe instead of a dotted line. 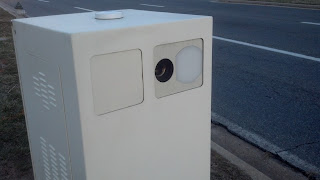 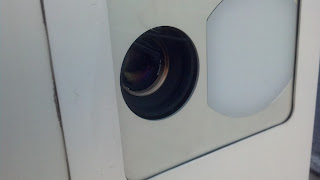 This is a red light camera a block away which also may have a video camera.  Not sure.  It has an obvious flash. 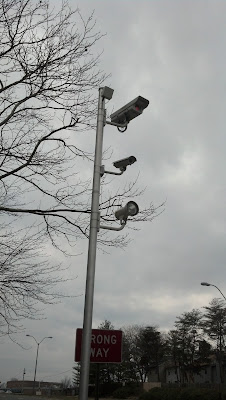 In the first experiments I'm hanging out near each one with my flash detector and waiting for someone to trip it.   I'll see if the detector catches the flash. I want to see if the flash is visible or IR.  I need to prove at the distances a car will be from the flash that I reliably detect it.

Today it rained and sent me home early so I updated the posts while I wait for a better day :(

I did a test to see the false alarm rate.  I put the flash detector on my dash and drove around on my daily routine.  An hour total of driving and the flash detector only fired once.  I don't know what triggered it, I didn't notice it.  Maybe I should add an audible alert.

I also did an experiment where I put the unit in daylight and took a picture with my cell phone.  The flash was properly detected.  So I think the threshold is about right.

This post is in progress and will build over time as I do more research...
Posted by siliconfish at 6:02 PM